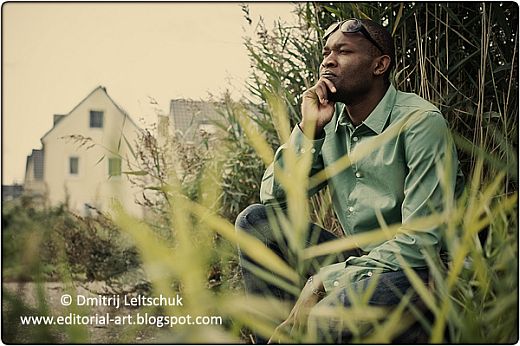 
As a child he discovered already his love for books. He devoured all books which he could find, he secretly read at night  - "even though I didnt understand everything," says Fiston Mujila Mwanza. The writer and poet is the first scholar of the Sylt Foundation kunst:raum sylt quelle who comes from the Democratic Republic of Congo. From the beginning of September to late October he is guest on Sylt, his residence is funded by the Foreign Office.

Mwanza Mujila was born in Lubumbashi, where he went to a Catholic school and the university. He studied humanities and human sciences. Three years ago the 29-year-old man left his home country that is plagued by war and violence in order to write without censorship. He received scholarships in Belgium, France and Germany. Most recently he was a fellow of the Heinrich Böll Foundation, then Town Writer of Graz (Austria), now he is on Sylt.

Increasingly, he writes his poems and essays in German  even though French is his mother tongue. Currently he works on the poetry collection "Der Fluss in meinem Bauch". As a child he dreamed of becoming a saxophonist playing jazz. "But there was no saxophone, so the jazz rhythm is now added to my poems. I write like a jazz musician." The subjects of his poems pick up chaos, civil wars, 32 year dictatorship of Mobutu, which undermine his home country since its independence in 1960 from Belgium. He has experienced the consequences. "In my country there are many wars, many problems. For me its like a therapy to write about. I want to make holes in the wall of silence that surrounds still too much." The writer, who is cautious and open-minded at the same time, emanates vitality  in spite of all. He hopes to return to his homeland. His dream is to become a professor at the University of Lubumbashi and as a publisher to help young African writers to go their way.

First he returns from Sylt back to Austria. Until August 2010 he worked as city writer of Graz in a very unusual literary project. Mwanza Mujila went into the prisons Graz-Karlau and Garsten, where he worked with prisoners literary. The result of this cross-border project is the anthology "Nach dem Sturm". The book contains articles from prison inmates. The motivation for this project lies in his past. The University of Lubumbashi, where he studied, was near a prison. The purchase and transportation of prisoners, "the image of human bodies, which had been put together into a ball of indescribable" has engrafted him. Was not afraid to talk to criminals? Why? was the counter-question. "We are all humans, we all have the same fears, phobias, dreams."

In Graz he wants to graduate if it is possible. "I would love to write my thesis about the Congos novel. There are not many experts on African literatures and it would be nice to become one of them", he says slowly as he watched the birds on the Rantum Becken.

Sylt he likes especially of the nature. "Sylt is very poetic, the weather, the nature, the people, the food." And he dreams that once upon the time tourists are on the banks of the river Congo to discover the beauty of his homeland like they do now on Sylt. "Water is freedom."
(Angela Grosse) 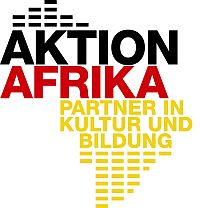